“I admire the heroes that have taken on great challenges, and I want to follow in their footsteps.” Stanley Paris, 2013.


Joshua Slocum laid his life on the line to pursue his extraordinary dream of circumnavigating the globe. He was the first to single-handedly sail around the world. He started his voyage in 1895 and completed it in 1898.


Joshua Slocum is my number one sailing hero.  In his book Sailing Alone Around the World, he wrote:


"I had resolved on a voyage around the world, and as the wind on the morning of April 24, 1895, was fair, at noon I weighed anchor, set sail, and filled away from Boston, where the Spray had been moored snugly all winter. The twelve o'clock whistles were blowing just as the sloop shot ahead under full sail.” 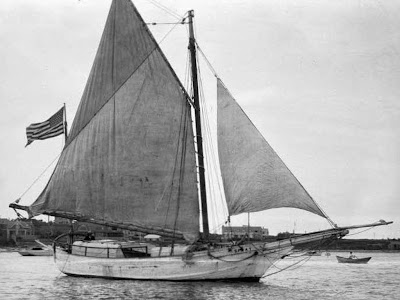 
The 21st century has another self-made man with an original thought who is willing to lay his life on the line to be first.


Seventy-six year-old Stanley Paris, a lifetime self-motivated high achiever, will employ space age technology to beat the proverbial clock circumnavigating the globe single-handed aboard his sailboat Kiwi Spirit in less than 150 days. The world will be enthusiastically watching.


This happened to me and a dream was born. My dream boat was launched in 1972.


My five year plan of escape materialized because I had my wife Jane at my side all the way. She is a one-in-a-million person and was a driving force to my goal.


We disembarked on a voyage of adventure that mysteriously drew us to St. Augustine, Florida, where our lives took off on a strange tangent to places and adventures beyond our wildest dreams.


It was wonderful and our only regret was that we hadn’t departed sooner. 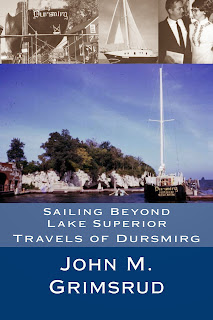 Read about this dream-come-true story in the book Sailing Beyond Lake Superior.  Available in paperback and digital additions worldwide.

Our adventure story continues…there is more: Sailing the Sea Islands,
Sailing the Florida Keys,
and
Sailing to St. Augustine.
Posted by JJ Yucatan at 11:31 AM No comments: