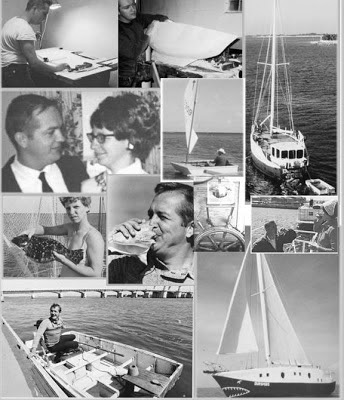 In this collage of photos I sit at my drafting table and ponder the plan that will next become an inch-to-a-foot scale model used to loft the lines for the 46-foot finished vessel.

The next photo is our wedding photo, then our sailing dinghy, and our dreamboat Dursmirg fully rigged and under way. Living out of the sea and off the land:
Jane displays a flounder she caught and will prepare fresh from the sea. In the next photo I am blowing a conch horn, which is a sign of a seasoned Florida sailor, then our helm wheel, and a toast to a successful launch.

Bottom photos: Our home designed and built multipurpose dinghy and Dursmirg, our floating home under sail.

Read the rest of this story in Sailing Beyond Lake Superior: Travels of Dursmirg, available in paperback and digital editions worldwide.
Many a dreamboat has been scuttled by procrastination.

Posted by JJ Yucatan at 8:07 PM No comments:


GOING WHERE THE WIND BLOWS, WHEN THE SPIRIT MOVES US, AND THE PRICE IS RIGHT. 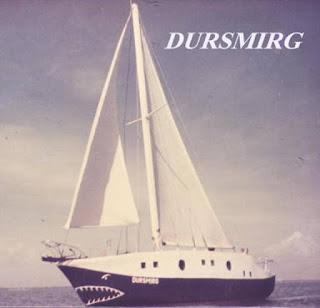 My dear old Dad used to say; “You never know when someone is doing you a favor.”
While living aboard and sailing our home designed and built dreamboat during an Arab oil embargo, we discovered that Dad was right. We now had the time to think about Mother Nature doing the work for us, cleanly and effortlessly.

Yes, someone was indeed doing us a favor. That favor altered the rest of our lives in a pleasantly positive way.
Read the rest of the evolutionary account in the Travels of Dursmirg sailing series; Sailing Beyond Lake Superior, Sailing the Sea Islands, Sailing the Florida Keys and Sailing to St. Augustine. All are available in paperback and digital world wide. Click here.

Next we invite you to view the culmination of our accumulated ecologically friendly knowledge by touring our chemically free, self ventilating, self sustaining slice of paradise home that is also a jungle sanctuary within the city of Mérida, Yucatan. This past spring, summer and fall here in tropical Yucatan we did not use a fan one single night…a testimonial to the success of this home with no mechanical air conditioning.

Posted by JJ Yucatan at 8:02 PM No comments: 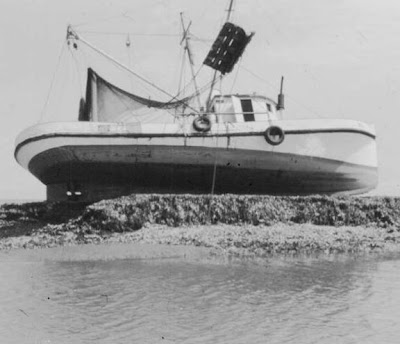 High tide is a very bad time to run aground, especially in the Sea Islands with their nearly nine feet of tide that can range to twelve feet or more on spring tides.
The crew of this shrimp trawler will have nearly twelve hours to wait before their vessel floats again.


These tides are wonderful if you use them to your advantage, going with the tide, not bucking it.
I used to joke that the ebb tide in the Savannah River was so strong that you could water ski behind an anchored boat…not a stretch of the imagination. The channel marker buoys get pulled under by these powerful currents, leaving only a churning swirl of turbulent water to mark the place they went under.
Read more about this fascinating end of the world in Sailing the Sea Islands: Travels of Dursmirg by John M. Grimsrud. View here.
Available in paperback and digital editions.
More Sea Islands recommended reading
The Water is Wide by Pat Conroy
Lighthouse, New Moon Rising, and The Beloved Invader by Eugenia Price
Tuxedo Park by Jennet Conant; The man who first developed Hilton Head

Midnight in the Garden of Good and Evil by John Berendt
For recommended reading and links to the books, click here.

Posted by JJ Yucatan at 5:47 PM No comments: 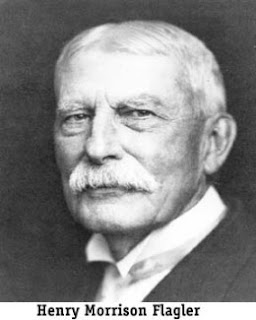 What little glitter and glitz St. Augustine, Florida, possesses was brought by Henry Flagler, whose bronze statue stands before the main entrance of Flagler College, which was formerly one of his state of the art five star hotels.


The first truly positive impact that the Oldest City received since the Spanish conquistador Ponce de León sailed here on his quest for the Fountain of Youth nearly three-hundred and fifty years earlier was from Henry Flagler.
In the late 1800s Flagler arrived in St. Augustine with loads of Yankee dollars, a railroad, incredible business savvy, and the motivation to put his assets to work.
At about the same time that Flagler was building his hotels Dr. Luella Day McConnell opened the Fountain of Youth tourist attraction that is operating to this day.
Read how St. Augustine’s first promoters of tourism changed the Sunshine State forevermore in the book Sailing to St. Augustine by John M. Grimsrud. Available in paperback and digital editions:  For more information click here.

More Recommended books reviewed by John M. Grimsrud:
Last Train to Paradise by Les Standiford
This is a biographical look into the marvelous accomplishments of a determined visionary whose neuroticism was focused to make the world a better place.
Henry Flagler dedicated his long life and enormous fortune to social minded pioneering never following in another’s footsteps while he turned his boundless dreams into unparalleled monuments out shadowing all who came before him.
This is an incomparable story of the biggest chapter in Florida’s centuries of romantic history.
I highly recommend the book for those who appreciate an epic true history told by one of the best authors of our time.

Fifty Feet in Paradise by David Nolan
I would have to class this excellently written volume as a classic of Florida history. It looks at the side of history that is not neatly packaged and recorded. Through exhaustive research of Florida’s written records and especially his relentless interviews with the people that actually lived this history, David Nolan brings history into focus.
Having been actively involved in Florida real estate, though in a small way, I have personally had an opportunity to not only meet many of the people that the author interviewed but even do business with them. I am impressed.  This book of Florida’s booms and busts, dreams and despairs is one of my favorites. I recommend it because besides being a very good read it will also teach a profound lesson of finance and speculation.

The Tragedy of the Klondike by Dr. Luella Day McConnell
Dr. Luella Day McConnell was St. Augustine’s first tourist attraction promoter with her Fountain of Youth sightseeing business. She was a colorful character and her story is also in the book Sailing to St.Augustine: Travels of Dursmirg.
Luella’s book, The Tragedy of the Klondike, is now in the public domain and available for free download from Internet Archives.