The Water is Wetter 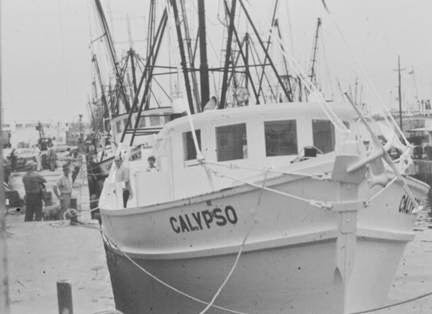 Pictured is one of the many fishing trawlers built in St. Augustine, Florida, that we delivered to various ports in the Atlantic and Pacific oceans and the Gulf of Mexico.


The Water is Wetter


We launched Dursmirg, sailed away and spent the next fifteen glorious years living aboard, cruising where the wind blew and when the spirit moved us.


Our maritime knowledge led us to a number of boat delivery jobs.  These took us to a variety of distant ports such as Trinidad, Panama, Baja California, Texas, and Yucatan, Mexico, to name a few. This was not a get rich quick business but we loved the sea, strange new ports, and we were treated well.


These deliveries were primarily of brand new DESCO or St. Augustine trawlers, all were well over 100 tons in displacement. The passages were more than five days and some as much as a month. They were followed by the logistics of return flights back to our home port of St. Augustine.


This was an especially fun and interesting interlude in our lives.


The major company we delivered for was DESCO (Diesel Engine Sales Company), a division of Whitaker Corporation.  At the time it was the world’s number one producer of trawlers with a motto “The Sun Never Sets on a DESCO Boat.”


DESCO was actively looking for new markets for expanding their sales.


As a promotion they built the “super trawler” using their 128 ton displacement fiberglass hull, then the world’s largest production line fiberglass trawler.  This was an ultra luxury vessel loaded with all the latest state of the art amenities and gadgets. It was made to impress. The DESCO dreamboat was paraded at all the commercial boat shows and fisherman’s fairs, including Miami, Annapolis, New York City, and Lunenburg, Nova Scotia, Canada, and many more.  Its uniqueness warranted a second look that made other boats appear shoddy by comparison.


The super trawler trip to Lunenburg, Canada, for exhibition at the fishermen’s fair was captained by our friend Eddie Long, a long time employee of DESCO.


There was only one problem; the trip didn’t generate any new orders.


Jane and I, having made numerous boat deliveries for DESCO, were actively involved in the industry with our own commercial shrimp trawler, Secotan.


While we were making an autumn sojourn into Nova Scotia, Canada, we were lucky enough to attend the last of the fisherman’s fair at Lunenburg. This North Atlantic seaport town was made famous in the sailing industry for their foundry that set a world standard for marine hardware…especially their coal and wood fired galley stoves.


The show catered to all aspects of the fishing industry from fish hooks and nets to canned, cured and frozen seafood. It was educational and fun.


We were anxious to find out the reaction of maritime Canada’s fishing industry to the new DESCO trawler.


The response of all the fishermen queried about the new DESCO trawler was the same, negative head shakes.  “Why?” we asked.  The reply was with the simple explanation, “The water is wetter up here.”


We didn’t quite grasp the significance of that statement until later when we visited family in Norway and witnessed the horrific sea conditions that northern latitude fishermen, like the Norwegians, New Englanders, and Canadians, were actually fishing in.


We had assumed that ocean fishing was the same worldwide. In the raging North Atlantic and Arctic Oceans the fishermen fitted out their vessels to cope with storm ravaged conditions, dressed accordingly, and, of course, possessed a genetic predisposition to their rugged seafaring Viking ancestors.


Back in Florida, where we had learned and done our commercial fishing, ports would be closed to boat traffic when weather deteriorated to conditions those northern latitude fishermen worked in every day.


DESCO had assumed fishing worldwide was all the same…wrong! Administrative decisions were made by men who had no conception of the brutal reality that Mother Nature dished out. Glitter and glitz appealed to them, not no-frills functional ability.  Their concerns leaned toward plush carpet, sumptuous easy chairs, and a well stocked liquor cabinet with a push button galley and butler. The management must have wanted to sell dazzling pleasure yachts instead of functional work boats.  They wrongly assumed when they should have been thinking. The executives were out of touch with reality and their assumption cost them a lot of money, in fact it was not long and the sun set on DESCO.


This taught Jane and me a good lesson. We should never assume anything. Think, and always remember that you will never know it all.


Our old fishing partner Captain George Tappin was found of saying about the commercial fishing industry: “You are not going to learn it all in just one day.”


Now we understand the meaning of “the water is wetter.”

Recommended reading on the subject of "the water is wetter."
The Perfect Storm: A True Story of Men Against the Sea by Sebastian Junger

A Hungry Ocean: A Swordboat Captain's Journey by Linda Greenlaw

For further reading about our boat delivery and VW campervan adventures, read: 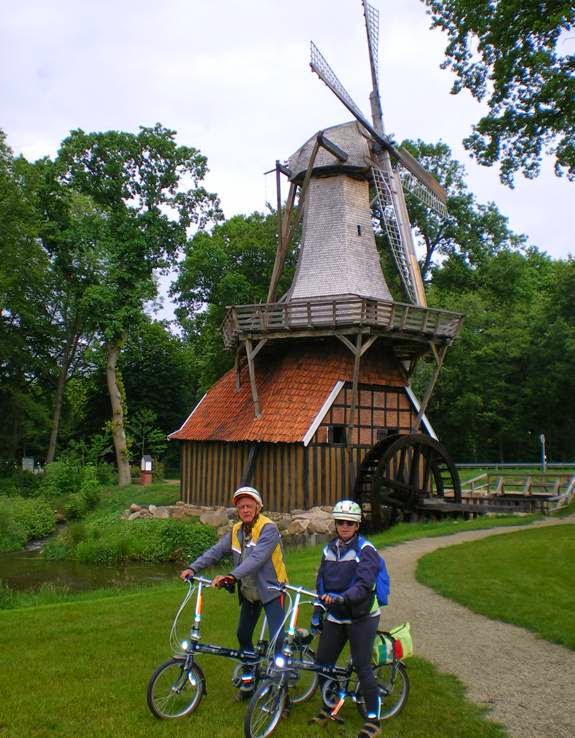 
At that time Germany had a goal of becoming fifty percent reliant on wind and solar power. They are on their way to achieving that goal, and have set even higher goals. In renewable energy German is the world leader.


Wind and solar fluctuate continuously as does demand ebb and peak, therefore the production/consumption rates are always in a state of flux.


In this day of computer coupled grid networks voltage levels are maintained by shifts that are far reaching, extending across international boundaries.


Neighboring Denmark has picked up the ball and is running with it Wind is their number one natural resource. They are taking advantage of their North Sea location and positively feeding into the grid.


Petroleum exporting Norway is a net exporter of electric power with their abundant hydro plants. [To the best of my knowledge Norway is the only major oil exporter that traps, liquefies, and pumps all the CO2 back into the ground from their oil wells…exemplary!] They are also part of the European grid network


Germany is a tough act to follow. This is a commendable achievement that the rest of the world needs to emulate.


I invite you to view Germany Green and Clean and also tour our ecologically friendly home, which we designed and built twenty three years ago, by clicking these links.


Our  home - http://www.bicycleyucatan.com/ecolivingyucatan.html
Posted by JJ Yucatan at 11:20 AM No comments: