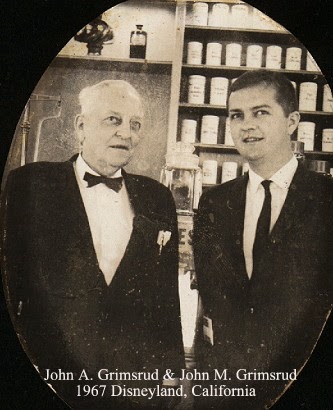 
1943: I waited in my Dad’s maroon 1940 Oldsmobile fastback across the street from the Peoples Drug Store at the corner of Belknap and Baxter.


Dad and Art Haugen, his partner in the East End Drug Store, were in the process of closing a purchase deal with O. B. Olson, owner and builder of the Peoples Drug.


I don’t know the exact time of year, but there was no snow on the ground. Summers in Superior were so short that we jokingly hoped summer would come on Sunday.


When I was a child my dad told me a story about Peoples Drug Store in the Roaring Twenties.


Dad was sixteen years old in 1924 while America was riding the speculative economical rollercoaster fueled by post WWI industrial expansion.


Hyper-active 138 pound Dad was self-motivated at an early age. He had three newspaper delivery routes at the same time employing a helper.  He mopped floors and did janitor work before school mornings at Peoples Drug, and repaired bicycles in his spare time.


Early one morning Dad was slipping his key into the door at Peoples Drug Store to begin his janitor job when a big long car screeched up to the curb, stopped, and three machine-gun wielding men scrambled out.


Dad was pushed inside and forcefully ordered to open the safe at gunpoint. He nervously told the menacing gangsters his only duty was to mop the floors and carry out the trash. He didn’t know the combination to the safe.


These Al Capone type gangsters were in a big hurry and luckily only locked Dad in the basement coal room instead of blasting him to bits.


In the pitch-blackness of the coal room Dad’s thoughts quickly turned to the idea of escape. He felt his way around in the blackness and found the coal shoot leading from the coal room to the street.


This would be his escape route.


Dad then stealthily crept up the coal shoot and carefully pried open its little door. As he cautiously peered out he was terrified. He was looking down the barrel of a machinegun.  Dad thought that his heart would explode. He gingerly lowered the little door with a trembling hand.


The gangsters grabbed what they could quickly pick up of value including breaking into the narcotics drawer and sped away with a sack full of Parker fountain pens and lots of drugs.


Dad said that the incident didn’t bother him for about a week and then suddenly flashbacks would startle him out of a sound sleep with sweaty terrifying anxiety.


Dad went on to get his pharmacist license and eventually became the owner of the Peoples Drug Store by the early 1940’s buying it from O. B. Olson, the original owner.


The gangsters were apprehended a few weeks later and one of the things that helped convict them were all of those expensive Parker fountain pens.


Peoples Drug Store had an ornate soda fountain/lunch counter featuring hamburgers that were greases to kill. My favorite soda fountain beverage at the lunch counter was the 5¢ Coca Cola that came in several flavors all made from extracts known as phosphates, the charged water was added. Cherry flavor with a dash of chocolate was sensational.


I started working at Peoples Drug Store when I was fourteen, cleaning shelves, washing bottles, washing windows, shoveling/sweeping the side walk and burning garbage.


At sixteen years old I started waiting on customers, stocking shelves and doing the inventory. When I got my drivers license I did deliveries and got to know a lot of people in the five years I worked there.


The Drug store had three full time pharmacists, Bob Cleary, Bud Dice and my dad. At the time there were fourteen Drug Stores in Superior and none were chain operated. 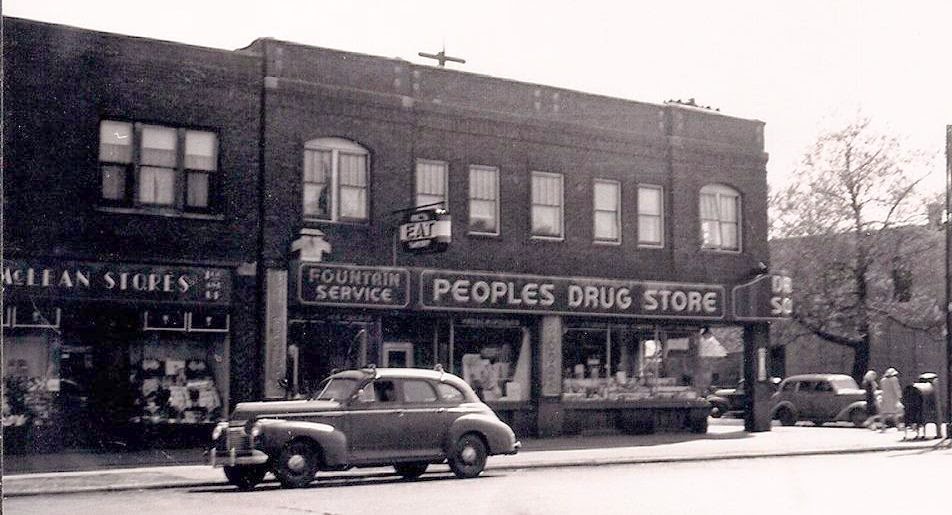 The grand opening of Peoples Drug Store was on May 17, 1924.  Ralph Carter was the general contractor of the building and all the brick was supplied by Northern Supply & Fuel Company and the lumber by Campbell Lumber Company. Peoples had
an "up-to-the-minute" soda fountain and on opening day gave away souvenirs to everyone visiting the store - candy for the ladies, a puzzle toy for the children and cigars for the men. The drug store is still in business in the same building at 1124 Belknap Street.[i]