We had a Dream - Half a century of Honeymoon 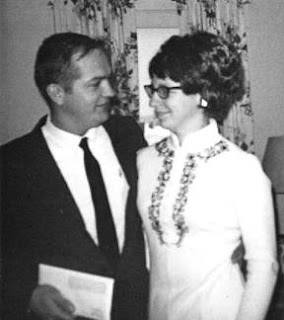 
By the way: We didn’t get married on the shortest day of the year but the longest night.

We had a dream:
We were going where the wind blows, when the spirit moved us, and the price was right!
A half century later on December 20th 2019 our ongoing honeymoon continues.
Here is a synopsis from our book Sailing Beyond Lake Superior: Travels of Dursmirg.
When my father died in 1969, I thought about life and where it was going, realizing the most important person was Jane. I would marry her. When I asked she responded, “I suppose so.” I said, “You suppose so?”
On Jane’s lunch hour we drove to Carlton, Minnesota, a 17-mile trip in minutes. We filled out papers, paid a $5.00 fee and waited five days. They gave us two big bags of groceries. We had been together five years and found this humorous. Within an hour I had Jane back at her job.
Our secret was safe. Little did we know!
The rest of the story: The reporter from the Pine Knot, a weekly paper in Cloquet, Minnesota, gathered marriage information just after we received our license and went to press that afternoon. Jane’s friend picked up the paper and phoned her parents eighty miles away in Cloverland, Wisconsin.
The plot thickens!
A couple of hours later Judy’s parents got together with Jane’s parents for dinner.
The beans were spilled!
Five days later, we were back to Carlton and Judge Nordstrom’s house. He was a sprightly 85 year old and surprised us with an offer. He had to send our marriage document to the state, he could give us a copy with any date to show the family and friends. We amusingly declined.
My Jane was so very pretty. Excitedly she couldn’t decide which hand to put the ring on.
We had no plans for the day and drove to Duluth. Lunch was at a nice restaurant on the hilltop. It was an extraordinary day. Being together with my wife having lunch and looking over expansive Lake Superior, a frozen, snow covered vista that extended out beyond the eastern horizon. This was the route we would take on our soon to be completed 46 foot yacht.
My father had just died so we decided it best to have a get-together with friends and celebrate our wedding quietly. That evening we had a house full, and Jane cooked dinner.
Incredibly as long as we were keeping our secret, the family was keeping it too.
Time passed and Jane and I were sure we had kept our secret to ourselves.
We planned a nine-day honeymoon trip to Mexico City and Acapulco over Easter Week. I won the all expense paid five-star trip from a company I was doing business with. Our reasoning for Mexico was we would never revisit. Amazingly our home has became Yucatan in Mexico.
Before leaving on our trip, we thought it advisable to inform Jane’s parents of our marriage.
After dinner at Jane’s parent’s home, I told the group I had something important. Jane’s father said, “No, I have something to tell.” He couldn’t help chuckling while telling his story.
A happy man is a man who marries the girl he loves.
An even happier man is the man who loves the woman he married!
The half century of years from 1969 to 2019 have been an ongoing adventure for our tour group of two that generated four sailing books, two Yucatan travel books, several blogs, and a web site.


As I was lamenting the rapidly passing years, Jane said to me, “Be happy for what you have got.” and I replied “Yes, and what I have had.”

Our books on Amazon.